Deprecated: Hook elementor/widgets/widgets_registered is deprecated since version 3.5.0! Use elementor/widgets/register instead. in /var/www/wp-includes/functions.php on line 5758
 Dr. Larry Walker, Chairman - The Cheyney Foundation Skip to content
Share your Cheyney Experience
Back to Leadership 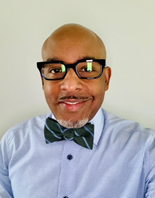 Dr. Larry J. Walker currently works for the Pennsylvania Senate. She earned her Bachelor and Master’s degrees from Temple University. After graduation she began her career in public health. She credits a statewid currently works as an Assistant Professor in the Department of Educational Leadership and Higher Education at the University of Central Florida. Further, Dr. Walker held faculty appointments at Loyola University Maryland and Howard University. He has published numerous articles on race, leadership, and policy. Previously, he served on the Board at the House of Ruth Maryland and Maryland New Directions in Baltimore, MD. In addition, he was selected as a Congressional Fellow with the Congressional Black Caucus Foundation and worked as the Legislative Director for former Congressman Major R. Owens. During his tenure in Congressman Owens office he supervised the legislative staff and worked on a bipartisan and bicameral basis to pass important legislation. Dr. Walker graduated from Cheyney University in 1996.